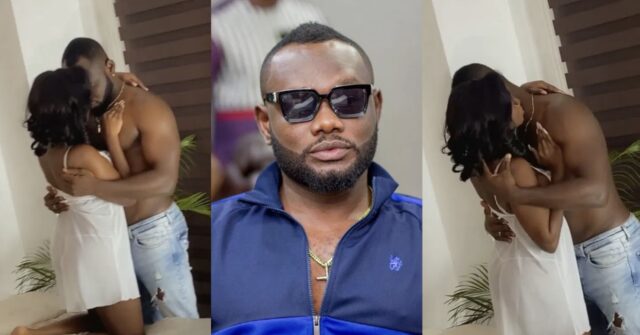 Prince David Osei is a popular Ghanaian actor and model endowed with nice looks and well built body which every woman would wish to be with.

The famous actor is known in movies mostly for playing the role as a womaniser.

However, he is married in real life with children but that doesn’t cease him from his acting career.

In a video posted on the Instagram page of Prince David, he was filmed in a romantic moment with a beautiful lady on set.

Netizens reacts as they wonder how his wife was going to take it.