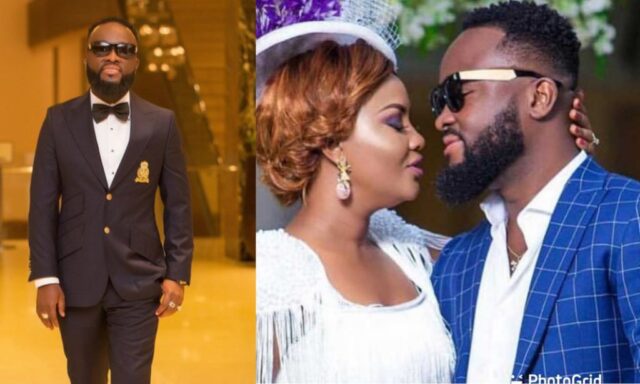 Bubbly TV presenter and cooking show host, Nana Ama Mcbrown’s husband Maxwell Mensah has finally reacted to rumors that he was cheating and planning on divorcing her.

In a cryptic message posted on his Instagram page today 26th February 2021, Maxwell wrote that: “Resentment is like drinking poison and waiting for the other person to die”.

His post clearly proves that he doesn’t care about the ongoing rumors about his marriage and family.

Recall that earlier this week, Mona Gucci leveled some serious allegations about Maxwell Mensah that he was cheating and had impregnated one of Nana Ama’s friends.

This took a turn for the worst when it was later revealed by Nigerian Blogger Cutie Julls that the friend rumored to be pregnant for Maxwell was Nyonyo, a popular restaurant owner.

Well, Mona Gucci probably after realizing she had gone to far came out to apologize to Nana Ama Mcbrown and her family. Meanwhile Nana Ama is yet to respond to all the allegations. 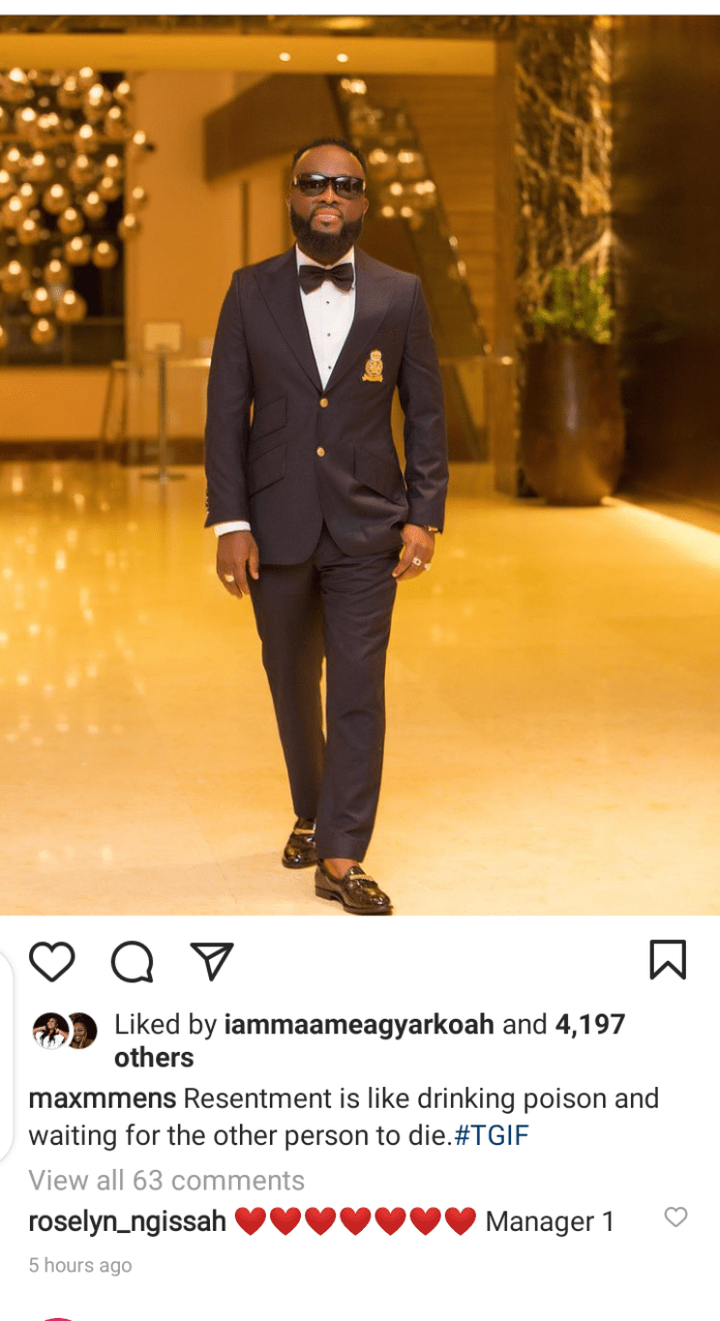