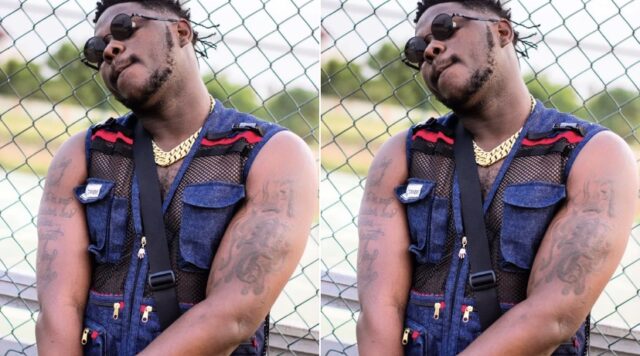 Medikal has finally gone down to talk about why he hate it when a street boy begs him for money.

A couple of weeks ago, Medikal bl@sted a guy on the street who begged him for money, in the video he said to the guy to get himself a job and stop begging for money else he will be poor.

Well, many people descended on Medikal for treating the poor guy in such tune and following that, he has finally come out to talk about it.

According to him in the video we came across on the internet, Medikal made an emphasize that the street boys can start to sell pure water and soon upgrade to to hairs with the little they save from the pure water business.

He added that, as time goes on they can advance to dealers in motor cycles and more.

Medikal concluded that, he can and always dashes out cash whenever he is driving but he want to street to wise up and do something for themselves.