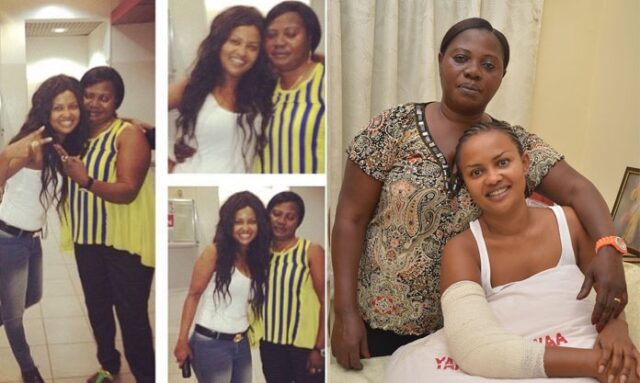 The late aunt, Madam Betty Obiri Yeboah, Ghpage.com gathered is very dear to the actress because she provided her with a stable and caring home when growing up.

However, we at Ghpage.com took it upon ourselves to go in search for Nana Ama Mcbrown’s biological mother.At least, to also celebrate and thrown light on the woman who carried the amazing and talented entertainer in her womb for 9 months.

Nana Ama McBrown’s biological mother as we stated in the title is Madam Cecilia Agyenim Boateng.

She continued to Kwadaso L.A. J.S.S, completed and went to Prince of Peace Secondary School all in Kumasi. Later, she attended the College of Business intending to become a secretary.She then became a makeup artist until fame found her.