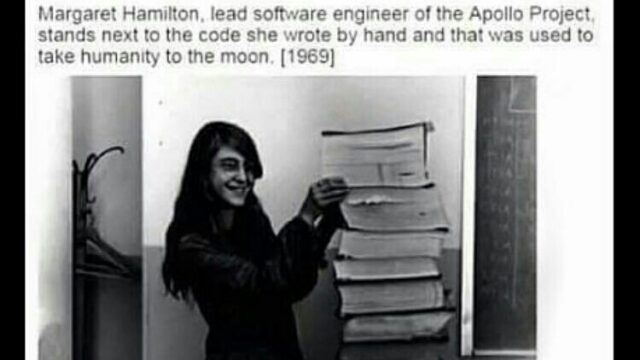 She was director of the Software Engineering Division of the MIT Instrumentation Laboratory.

She helped develop on-board flight software for NASA’s Apollo program (a project which succeeded in landing the first humans on the Moon from 1969 to 1972).

Margaret Hamilton, is scientist who gave us “software engineering”

She did very well . As it stands now software engineers rules the world in terms of technology.