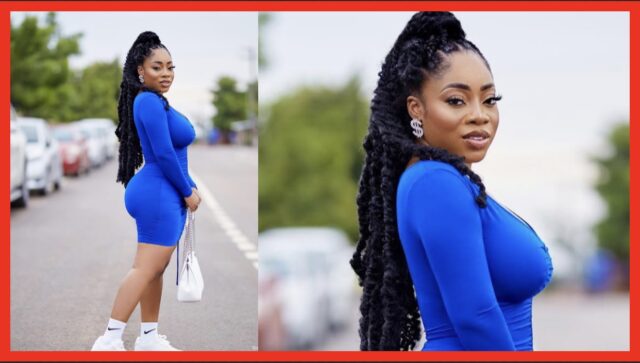 Actress and entrepreneur Moesha Boduong has been captured in a new photo showing her real b0t0z.

In the photo which has got many people reacting, she was seen posed at the middle of a road at unknown location. She was seen in blue outfit which exp()sed the sh@p3 of her Baka