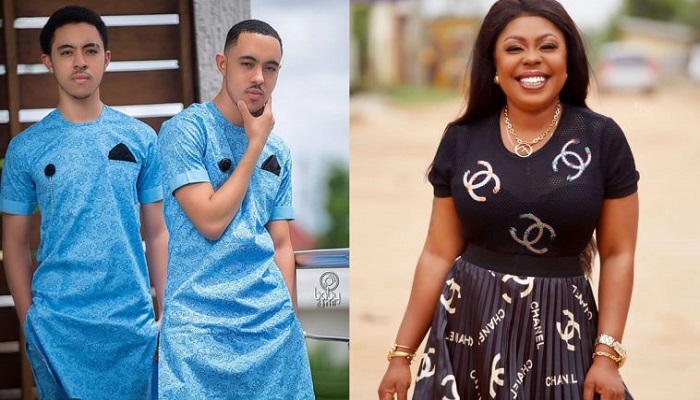 Popular self acclaimed Queen of Ghana comedy, Valentina Nana Agyei popularly known as queen Afia Schwarzenegger is a controversial Ghanian celeb who always do things to get every mindset on her.

Afia Schwar has been the talk of the day lots of times including, going out without panties and all other kinds of controversial stuffs.

We were all there when Afia Schwar revealed that her twins were never going to marry a Ghanian lady unless an American. Afia has sparked another controversy in an interview with Zion Felix.

During the interview Afia Schwar revealed that his kids are play boys and she doesn’t even believe they’re virgins and you can bring your daughter, they’ll chop them for free and won’t marry them.

Kindly watch the full video below: