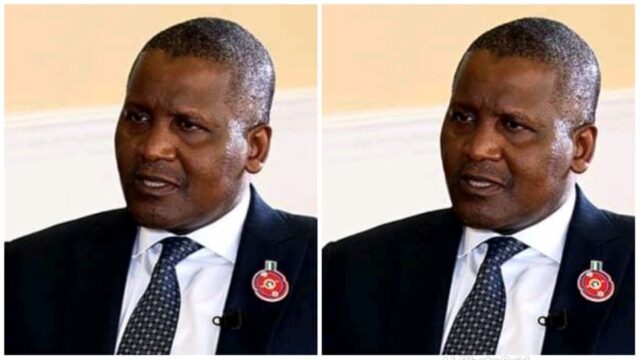 Nigerian richest man in Africa, Alhaji Aliko Dangote reveals how his American Ex-girlfriend Autumn Spikes tried to get away with $5million from him.

On the 1st January, there was a video circulating on social media with Autumn Spikes and the richest man, stretching on a couch with part of his buttocks skin being captured in the video.

In the petition, the richest man in Africa is demanding “excess of $30,000” from Autumn Spikes for injunctive relief.

Autumn Spikes was accused by the documents for defamation and breach of agreement in failure to keep her relationship with Dangote from public.

According to the documents, Autumn Spikes sought for $5million from Dangote as a palimony, a term mostly used by Court which means, a sum of money a person is ordered by the court to pay regularly to a former partner whom were not married.

Her demand was tagged as meritless claim by the defendant.