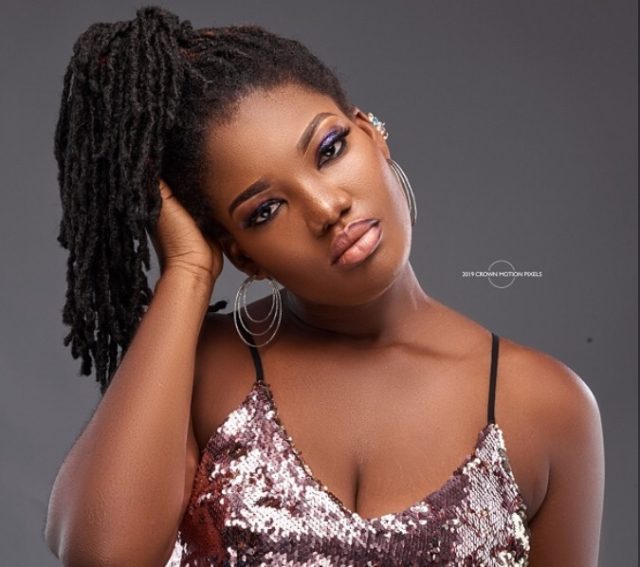 Musician Iona has finally released a video she was captured given her backside to radio presenter Nana Romeo after people tagged her as a lesbian.

During her recent interview with celebrity blogger and radio presenter Sammy Flex on Zylofon Fm Showbiz Agenda was asked whether Mzbel is her lesbian partner or not.

She responded that, she is a d!ck queen and for that matter becoming a lesbian is one of the things she has never dreamt of.

Well, in her new video sighted by 360ghnews.com, the up and coming Musician was spotted given herself to Nana Romeo of Accra Fm to show that she has feelings for men enough than women.