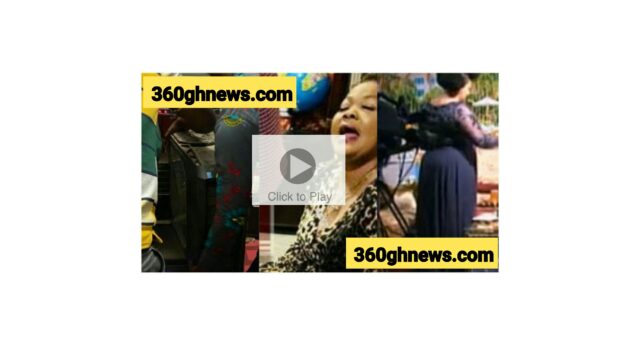 According to sources, her two television stations, Thunder TV and Ice1 TV, were shut down and key equipment confiscated for operating without the necessary license and authorization.

The two TV stations were reportedly on a state-targeted list of stations that were broadcasting without the proper documentation.

The self-styled spiritualist has deceived a number of gullibles in their quest to get their money doubled through her ‘sika gari’.

The state security move comes after the two Kasoa suspected criminals were arrested.

Nana Agraada’s authorization was revoked by the national communications authority on March 24th, 2020, and she was warned to stop working, but all alerts went unheeded.

Nana Agradaa has become a reference point in Ghana for a number of fraudulent activities perpetrated under the guise of being a strong spiritualist by defrauding the weak.
Despite the crime that has been connected with her and the stigma for which she is regarded, the self-proclaimed spiritualist has been walking around openly.

It has been claimed that she has had some law enforcement agencies, including some police officers, on her payroll, which has allowed her to operate with impunity.