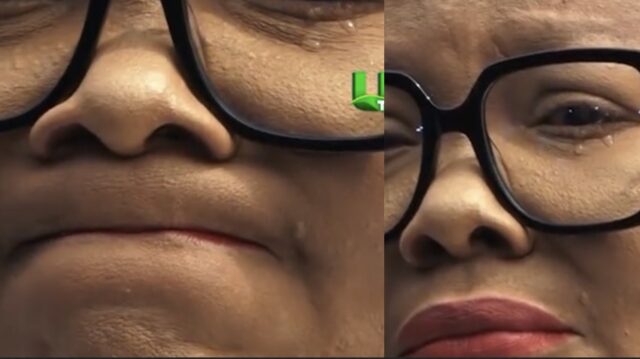 She went to her shrine yesterday with some men of God to burn down her dogs and in the cause she was seen weeping.

A lot of people believe that she has regretted for wasting so many years doing the wrong thing that’s why she’s weeping.