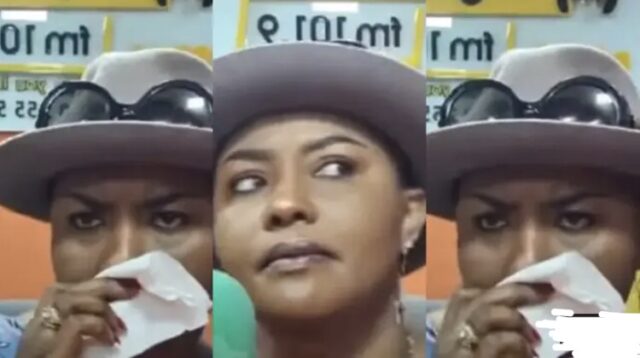 On Saturday 30th January 2021, actress Nana Ama Mcbrown who is the host of the ‘United Showbiz show’ aired on UTV every Saturday couldn’t make it for the programme giving room for show host Abeiku Santana to host the programme.

Many lovers of the show were wondering why the actress couldn’t show up hence Abeiku Santana hosting the programme. Some complained about the show being boring because of the absence of the actress.

Its been few hours since the show came to an end and already some onliners are speculating that Nana Ama’s contract has been terminated by the UTV management hence Abeiku sitting in as new host.

However Mcbrown has cleared all confusion in people’s minds after she shared an exerpt of Saturday’s show and asured her fans that she will be on the show soon.