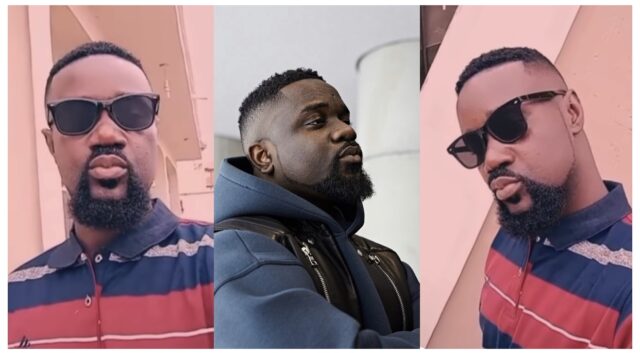 A netizen who looks exactly like the popular Ghanaian rapper Sarkodie has hit the internet which many people can’t stop talking about.

360ghnews.com, came across this video from a guy who’s name is not yet revealed on the internet 99.99% looking like Sarkodie.

After the video went viral many people were seen reacting to it and according to some of them, they strongly believe they are twins.

Others were also coming out of with their own believes.

Well, watching carefully at the video which has got many people talking, the unidentified young man looks exactly like Sarkodie.

And I believe many people will point finger at him to say he is Sarkodie because everything about him is like Sarkodie.