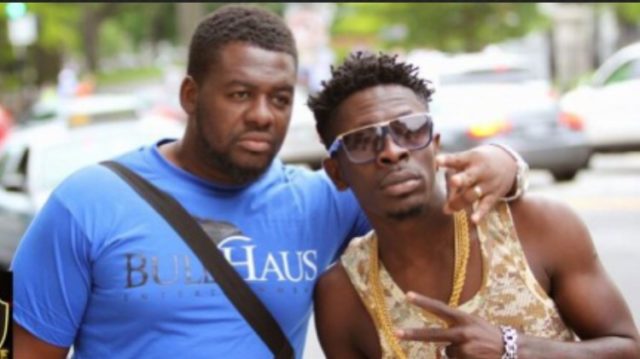 The manager of Ghanaian dancehall/reggae artiste, Shatta Wale, Bulldog has said the brand that he has created is beyond destruction.

Bulldog, who was speaking in a discussion monitored by 360ghnews.com on TV3’s ‘Simply Showbiz’ with Miriam Osei Agyemang emphasized that Shatta Wale has risked many things in life.

According to him, the experience he has and the corners that the popular musician has seen makes him stand out.

Apart from the tough skin he has developed from his experiences, Bulldog was optimistic he can stand any trial.

He stressed that nothing can bring the brand that Shatta Wale has created down.

Bulldog reiterated putting him into cells, rape accusation and other things cannot take Shatta Wale down.

The opinionated artiste manager further stated that the ‘Gringo’ composer has broken all the rules [in life] and he is prepared to face anything.

Watch Bulldog’s assertion on how strong Shatta Wale’s brand is below.

Nothing can bring Shatta wale’s brand down, not even rape allegation – bull dog

It Fool¡shness For Sponsoring The “Our Day” Kid Whiles Other Poor Students Sit Under Trees To Learn – Afia Schwar F¡res Kidi, Mr. Drew,...

It Fool¡shness For Sponsoring The “Our Day” Kid Whiles Other Poor...

The musician who was f¡ngered by a blogger in Kumasi captures...