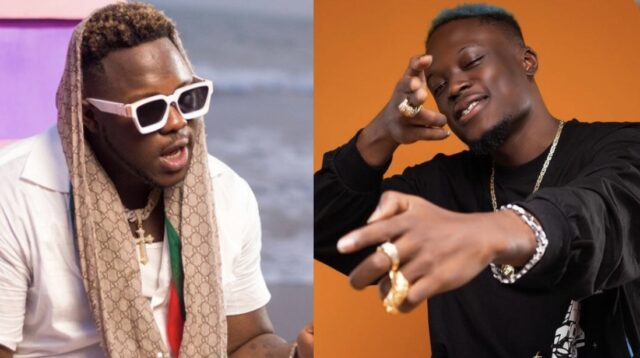 Okess1 had some misunderstanding with Medikal not long ago over a comment from DJ and radio presenter Andy Dosty.

Because of the reaction, Andy Dosty said he has been told that he (Okese1) has no respect and Okese1 tagged Medikal as the person who told Andy Dosty.

ALSO READ Like mother like son, Afia Schwar’s Junior Twin Son “Irvin” Tattoos His Mom’s Face At His Back (video)

From then they started a beef which Okese1 said whole lot of things. Following this, Medikal has reacted to it during his interview with Fiifi Prat on kingdom Fm.

According to Medikal, Okese1 came to him for help and he is now attacking him for something he knows nothing about.

Medikal said that, his manager brought Okese1 and said he want to have a feature with him(Medikal) and he help him on that.