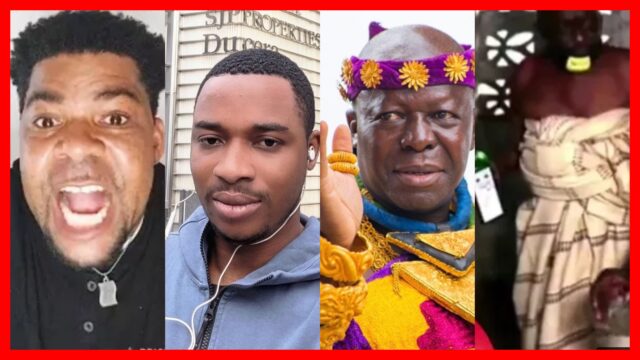 David went live in Facebook a couple of hours ago and didn’t take it easy on Otumfour.

According to him, he is f!ght!ng for the well being of the country Ghana and the people in the Ashanti kingdom.

In his past videos he has been seen going hard on the leaders in this country and his recent video contain f!re.

In the video available on our YouTube channel, he emphatically stated that Otumfour’s fø0lishn3ss is like timber tree and nobody can do anything about it.