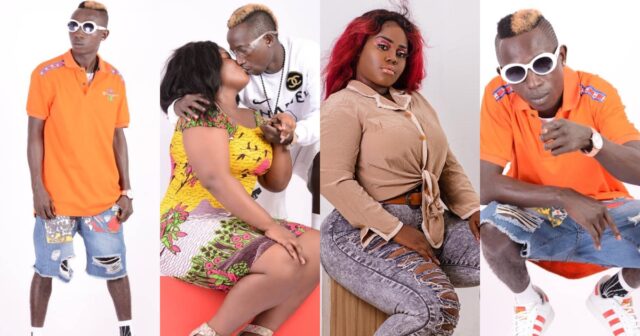 Patapaa’s ex-lover, Abena Thickness aka Original Queen Pezzy has dropped a diss song for the Swedru based musician and his German-born wife, Liha Miller.

Abena, who also refers to herself as Lady Blue has been ranting a lot in various interviews she has granted after Patapaa married Liha Miller, decided to cap it all with a song.

Her decision to drop the song and possibly make some money from it while dissing Patapaa and his Obroni wife does not come as surprising news because on countless occasions, Abena has said that she is a musician herself.

Listening to the song titled ‘Obroni P3t3’, self-styled Original Queen Pezzy blasted Patapaa for dumping a natural and thick black beauty like herself for a ‘white bird’. like his wife.

She also says a few good things about herself as she takes the ‘One Corner’ hitmaker and his wife to the cleaners.