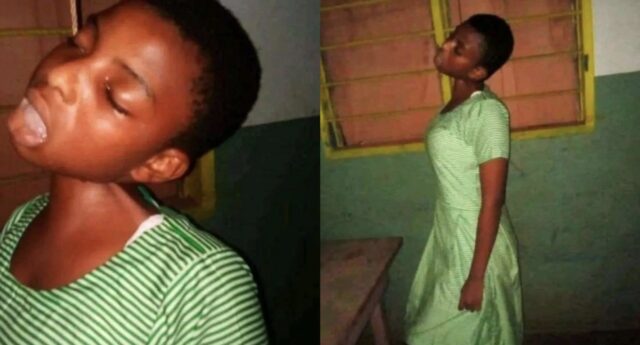 The brain behind the death of 14-year-old Leticia Kyere Pinaman’s sudden death has been uncovered.

According to a prophet known as Daniel Nsiah, the person who killed the girl lives within the school but for security reasons, he wouldn’t mention the name.

He continued in an interview with Air Commander of GBC Western Radio that until the police finish their investigations, he wouldn’t want to mention anybody’s name, adding that the person killed Leticia on behalf of someone outside the school.

Leticia allegedly committed suicide at her school dining and the reason behind her death as we speak remains a mystery to her parent, siblings, the media and the Police.