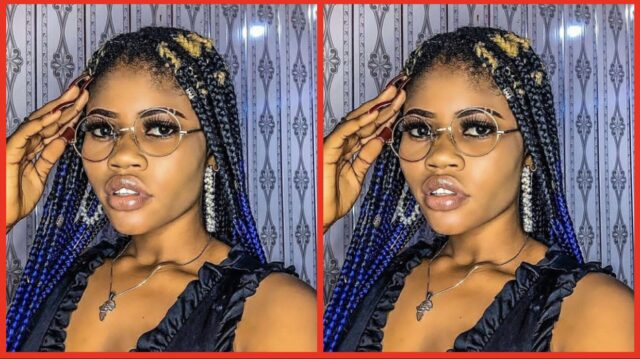 Just fews days ago, United Television (UTV) showed another edition of its program dubbed ” Red Light.” The program is meant to educate couple on how to make love to their partners in other to have a sweet home.

During the program, counselor Lutterodt who was a guess brought a lady to illustrate how to arouse a woman’s feeling using one’s fingers on her private part.

After the illustration, the video became a trend all over social media which got manypeople shocked. In the video, counselor Lutterodt was seen laying his fingers on the private part of a lady.

After a research was conducted, it turns out that the lady is model which wouldn’t be a surprise anymore because it is part of their profession as models.

The lady who was used as the demonstration was found on Instagram with the name “Naomi Gold”.

Below are pictures of Naomi Gold;