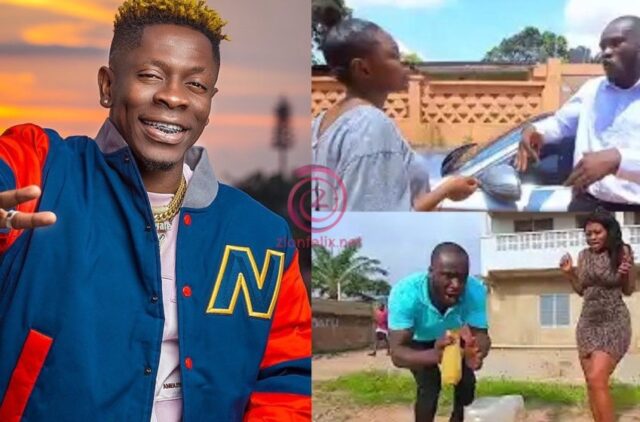 The man of the moment in terms of comedy, Ebenezer Akwasi Antwi, better known as Ras Nene in entertainment circles has revealed that Ghanaian Reggae/Dancehall artiste, Shatta Wale is a prophet.

Ras Nene aka Dr Likee alias Akabenezzer made this revelation during an interview with Giovani on TV3’s Showbiz 360 show Friday night.

Ras Nene blessed Shatta Wale for all that he has been doing for him and exclusively revealed that he once predicted his acting career will blow big not long ago.

According to Ras Nene, ‘Prophet’ Shatta Wale once told Ghanaians on national TV that they should look out for him in the movie industry because he was a jewel that should be protected, and lo and behold, he is finally getting there.

Check out the video below…