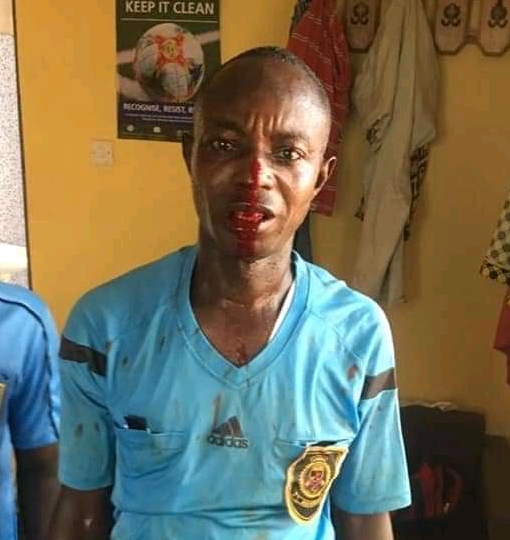 Match officials officiating a Ghanaian Division One league match were beaten severely by fans which resulted in the referee losing all his teeth.

The match between Mighty Royals and Tano Bofoakwa which came came on March 28, 2021 at the Wamanafo Park in Dormaa in the Bono Region of Ghana took a drastic yet unpalatable turn when angry fans descended on match officials over poor officiating.

The match which abruptly ended in a goalless draw saw Refree Naitre Suntuo Aziz receive the lion share of the beatings from the crowd.

It took the intervention of the overpowered police and security officials to rescue these poor powerless macth officials from the claws of these hungry fans. They were escorted into their cubicle after sustaining varying degrees of physical abuse and injuries.
There also an underground rumours speculating that the referees were bribed