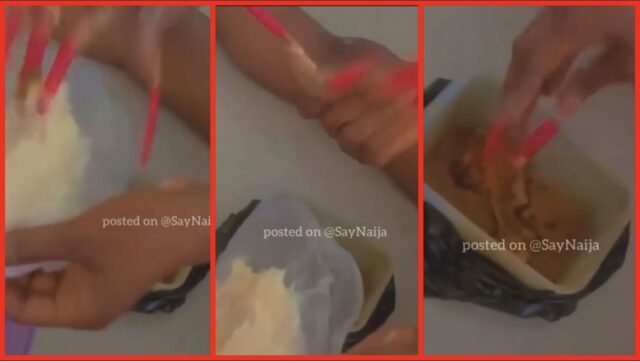 A Slây qûeen who’s identity is not yet revealed has been captured in a viral video eating with her artificial long nails.

In the video 360ghnews.com came across not long ago on the internet, unnamed lady was seen eating banku with okra soup with her artificial long nails.

Watching carefully at the video, one can boldly say that the lady was finding it hard to eat with her nails but cutting it off is no to her.

The friend who was recording the video was heard advising her to cut it off so she can properly eat but she refused.