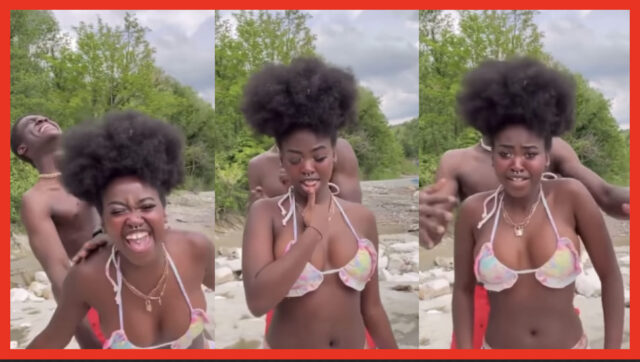 Unnamed lady has pvt her “nufour” out to display when she was dancing to Kidi’s song with her guy.

In the viral video, these two social media couples were seen dancing to Kidi’s latest song titled Touch it at known location.

The lady was seen in the video given her backpack to the guy whilst show!ńg her “nufour” which made many people to react.