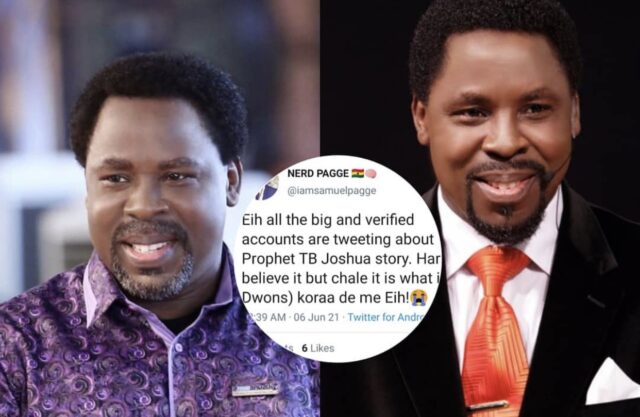 Mr. Temitope Balogun Joshua, commonly referred to as T. B. Joshua, is dead.

TB Joshua is the Leader and Founder of The Synagogue Church of All Nations, SCOAN.

Reports by an online medium and a tweet by former Minister of Aviation made additional reports to that effect.

When Vanguard contacted a member of the church, she was in tears.

She said it was true. She said: “The death occurred when the cleric left ‘the mountain’ to minister to the people, which was televised live on Saturday.”

However, she said a few minutes later, TB Joshua left. Which was unusual.

They were then told “the man of God said he can no longer attend to us.” Probably that was when it happened.