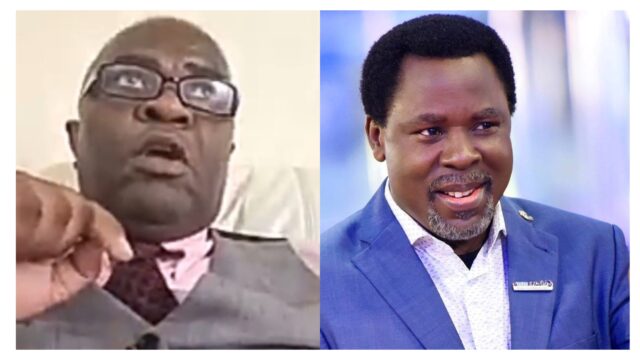 Countless man of God has come out hitting hard on the late TB Joshua with strong reasons why they think he’s a false prophet.

ALSO READ Lady tries to k!ll herself after the guy she trusted broke her heart (video)

In a new video sighted by 360ghnews.com, a man who’s identity is not yet revealed has also been captured going hard on TB Joshua again.

According to the man, after the dæth of TB Joshua many people will be calling Rest In Peace in his man but they should having in mind that TB Joshua will never rest well.

He added that, following his own prophecies, it tells that he is not a true leader or prophet. Because he has pass on a lot of prophecies which didn’t come true.

The man alleged that he sells anointed oils water and other which tells how fáké he is as man of God.