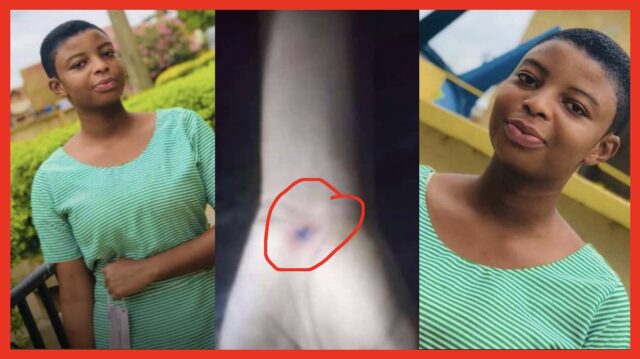 We announced to you a couple of days ago that a young female student from Sunyani lost her life whiles in student.

Well, following the information we have gathered the lady was k!ll3d before she was hanged in their dining hall.

Upon research we saw that the lady’s blood was taken away by known gang for r!tual$.

Watching carefully at the body of the lady one could see that the lady is having marks which tells her blood was taken away. 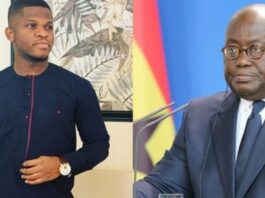 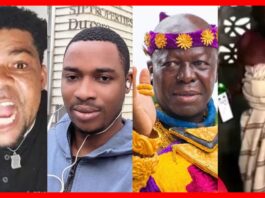 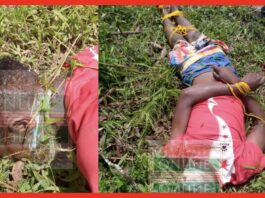