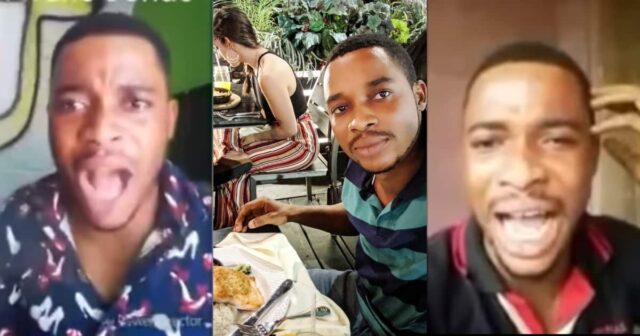 Ghanaian politician Hopeson Adorye has disclosed the main reason behind the sudden disappearance and unexplained hiatus of Twene Jonas from social media.

According to Hopeson Adorye who is currently in the US, Twene Jonas who works in a park has been sacked from his job because he doesn’t have the right documents to work.

Speaking in a video, he revealed that Jonas is residing in the United States without a legal permit and that the police are looking for him for deportation.

Mr Adorye explained that before all this played out, Jonas had been squatting with a pastor contrary to his claims of swimming in luxury, and now he has been evicted from the preacher’s house for security reasons.

This has forced the social media star who has always maintained that his residence in the US is legit to go into hiding to invade arrest and deportation.