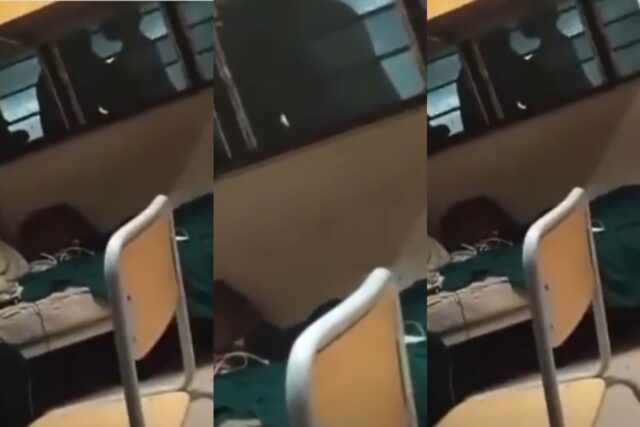 A video is currently making rounds on social media that captures the moment two University students, believed to be students of the prestigious University of Ghana, Legon served each other with romancę in the dark.

As we speak, the Many students are bored because the University Teachers’ Association of Ghana (UTAG) has left them with little or no work to do due to their strike, therefore some have decided to feast on each other to pass the time.

And as a result, two students from the University of Ghana, the country’s top postsecondary institution, were photographed giving each other special treatment.

The male student and his supposed girlfriend were filmed having some quality time in their hostel while other students are frustrated as to how to go on with their academic works since their teachers are not present.

However, students having s.ekz on campus is not a new occurrence since it has been a norm that even some students find their life partners while in school.

The UTAG strike has prompted promiscuity since students are bored. Many students have fled campuses for their homes, according to reports from many tertiary institutions, while those who remain are sexually predating one another.

Watch the video below: