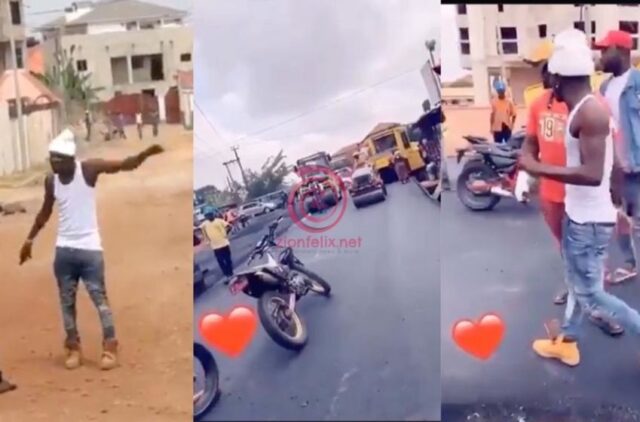 Yesterday, some videos which made their way onto social media had enraged Ghanaian top Reggae/Dancehall Artiste, Shatta Wale on the neck of some road constructors.

The commentary in some of the videos suggested that Shatta Wale had gone in to hire some thugs from Nima to beat up these constructors because they refused to give him access to the road.

Well, it appears that this was not the full story.

Apparently, Shatta Wale‘s display of anger and frustration was because of the inability of these road constructors to fulfill their part of the agreement to construct a road he has paid for on time.

Per a new report, 360ghnews.com has sighted on the Instagram page of Nkonkonsa, Shatta Wale had paid for a section of a road from Adjiriganor which is close to his Shatta Movement Secretariat to be worked on while he went away to Miami for vacation recently.

He was heard saying he had paid GH¢4 million for the road before he left for the states with the assurance that he would return to meet the road done, finished and delivered.

However, after he returned to Ghana some few days ago, he met the road undone — the reason he angrily asked that the constructors be beaten and asked to stop working.