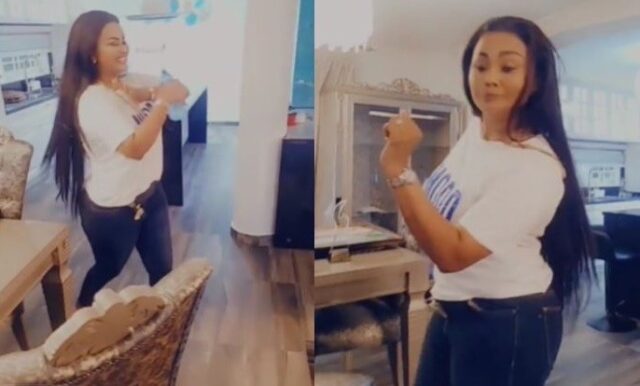 She was in court as a witness in Bulldog’s case.

As soon as she made her way out of the court, she granted an interview to allay the fears of all the patrons of UTV’s ‘United Showbiz’ show who thought the court proceeding will affect the show.

Nana Ama Mcbrown also denied commenting on what truly transpired in court stating that it was because the matter is still before the court — even though there are some reports that she failed to mount the witness box.

Well, it turns out she had a little fun time when she finally got to her plush house after showing up in court.

In the video she shared on her Instagram page with the caption: “Am in the Mood to do Something Good Forever 😛 @gyakie_#BRIMM,” Nana Ama McBrown appeared the happiest woman in the world as she said she is in a good mood and she’s feeling good.

Watch the video below for all the action