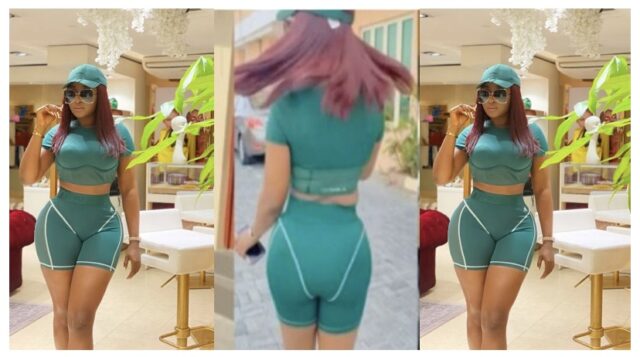 Ini Edo is a Nigerian actress. She began her film career in 2000, and has featured in more than 100 movies since her debut. In 2013, she was a judge for the Miss Black Africa UK Pageant. In 2014, Ms. Edo was appointed by the United Nations as a United Nations Habitat Youth Envoy.

The sensational actress has been captured in a viral video shaking her heavy artificially acquired nyash and guess what, her fans are loving it. Ini Edo happens to be one of the numerous Nigerian celebrities who have undergone the knife just to look extra beautiful and and extra classy.

Just In; Nigerian Comedian PankeeRoy Has Been Arrêstêd Over Computer Fraud