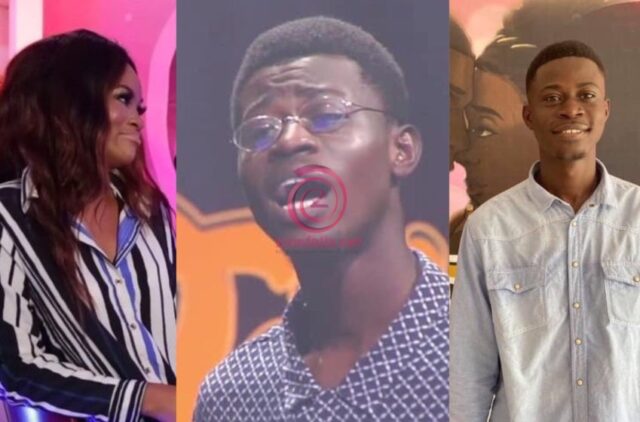 After getting that major heartbreak while on the KNUST campus, many people expected Sammy aka Blessing to jump at the opportunity of a beautiful lady professing her love for him on live TV but he declined.

Sammy, the young man who became popular after videos of him crying because his girlfriend, Nana Ama on the KNUST campus at the time dumped him for cheating decided to shock many viewers of the TV3 Date Rush on Sunday.

One lady called Ella was on the show to find love and to the shock of many, she wanted to walk off the stage with only Sammy out of the other contestants on the day even though Sammy claimed he didn’t like her.

According to Sammy, he was not into this lady because something she said on the show put him off.

Well, even though Ella could have walked away with any of the other guys, she insisted that Sammy was the only guy she wanted and as such, she walked away as a single person.