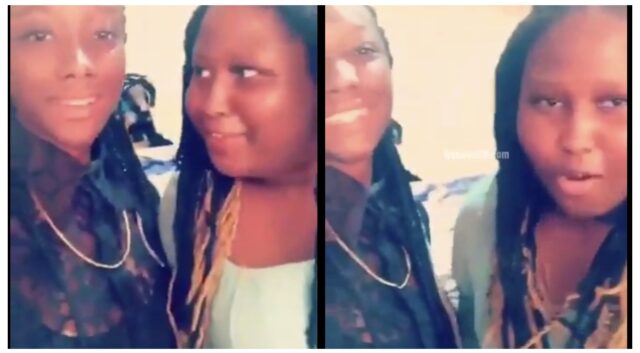 There’s too much f*ckery happening these days, especially with these SHS girls. We don’t know where they pick up such behaviors.

Another video making rounds on Social media, sees two female SHS graduates sending a signal to Legon boys that they are coming to the University in style, so they should prepare for them.

In the video, they suggested that they have passed their WASSCE and for that matter would be making it to the Nation’s premier university and one of their missions would be to f*ck the Legon boys.

Well, more slay queens are emerging these days. We are just hoping, they said that for the fun of it but who cares?