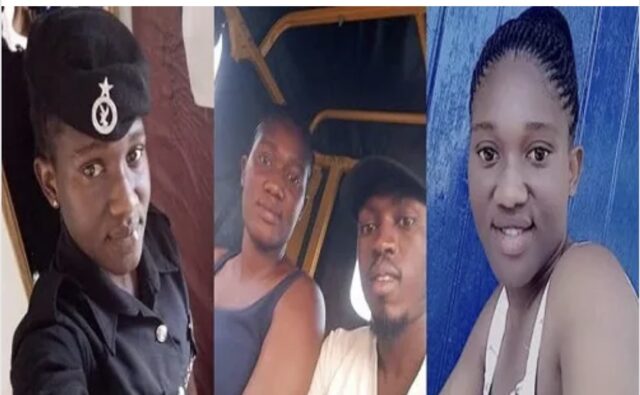 This Is S.ad! Man K¡||s His Police Girlfriend After Breaking Up With Him

A note, believed to be an epic murder-suicide announcement, has been found in the room of Damongo Police woman , Sandra Asiedu, who was stabbed to death.

A young police officer, Sandra Asiedu, has been found dead in her room at Damongo in the Savannah Region.

She was found lying in a prone position, with visible stab wounds and blood stains all over her chest and neck.

Initial reports have suggested she was stabbed to death by her jealous boyfriend who visited her from Obuasi.

A new information emerging online suggests that the suspected killer left a note in the room of the deceased.

An Adomonline.com report sighted by Atinkanews.net indicated that a kitchen knife was found in Asiedu’s room alongside the note which was left on the wall by the alleged killer.

The note which was said to have been written in red ink reportedly read: “We love together we die together.” 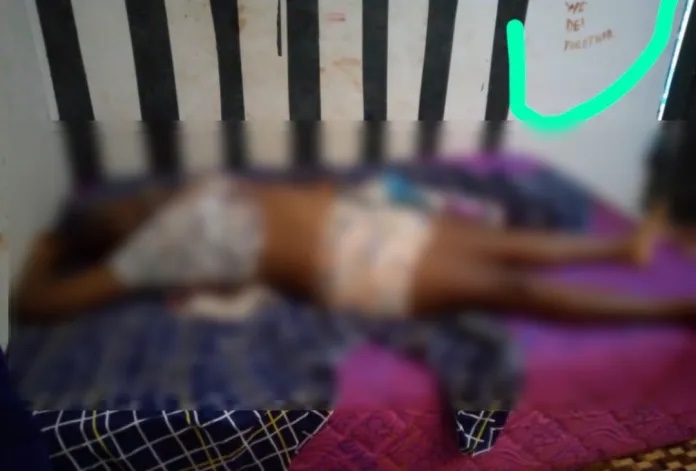 It was written slightly above the bed on which the corpse lay, and directly behind the door, as though he was hoping it would be discovered.

Meanwhile, The police have mounted a search for the boyfriend who has absconded and cannot be found.

The boyfriend has been declared wanted by the police after it emerged that he had traveled all the way from Obuasi to visit the deceased.

This Is S.ad! Man K¡||s His Police Girlfriend After Breaking Up With Him