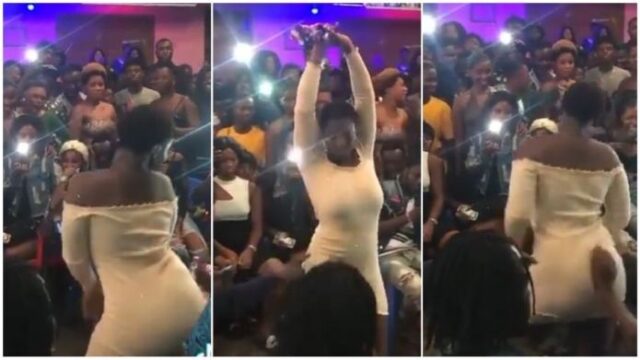 Hilarious as man pushes away lady who tried to shake her big Bortos for him in new viral video.

Yet to be identified young lady has faced the worse kind of embarrassment in her life as a man boldly rejected her while she tried to twerk for him.

In the video circulating on social media, the lady is seen dancing in the midst of people who were hailing praises on her.

She strategically moved towards a man and started shaking her big bortos towards him. Unfortunately for her however, the man didn’t seem interested and decided to push her away .