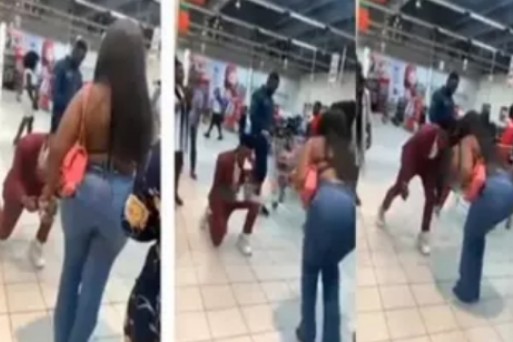 Another public proposal has gone wrong after drama shrouded a love proposal between two lovebirds in a setting that looks like a mall.

The man went down on his knee and asked for his girl’s hand in marriage. She answered in the affirmative and while the crowd waited for the guy to put a ring on her finger to symbolize the ritual, the overly excited lady slapped him.

Confused at her reaction, the guy angrily stood up and walked out as onlookers kept watching the drama unfold. She could be seen begging her man and holding him back but he shoved her hand away.

As you could see from the video, the slap was not a mistake actually but the lady’s extreme way of expressing her happiness but unfortunately for her, that backfired.