The news was first shared by Entertainment person ,Nana Reagan with the Caption :

Use professional vixens/models to avoid this kind of embarrassment.

The last time we shot a video with one artist’s friend, she told me her boyfriend will be watching and so the boys shouldn’t get close to her.

The way I vexed that day err 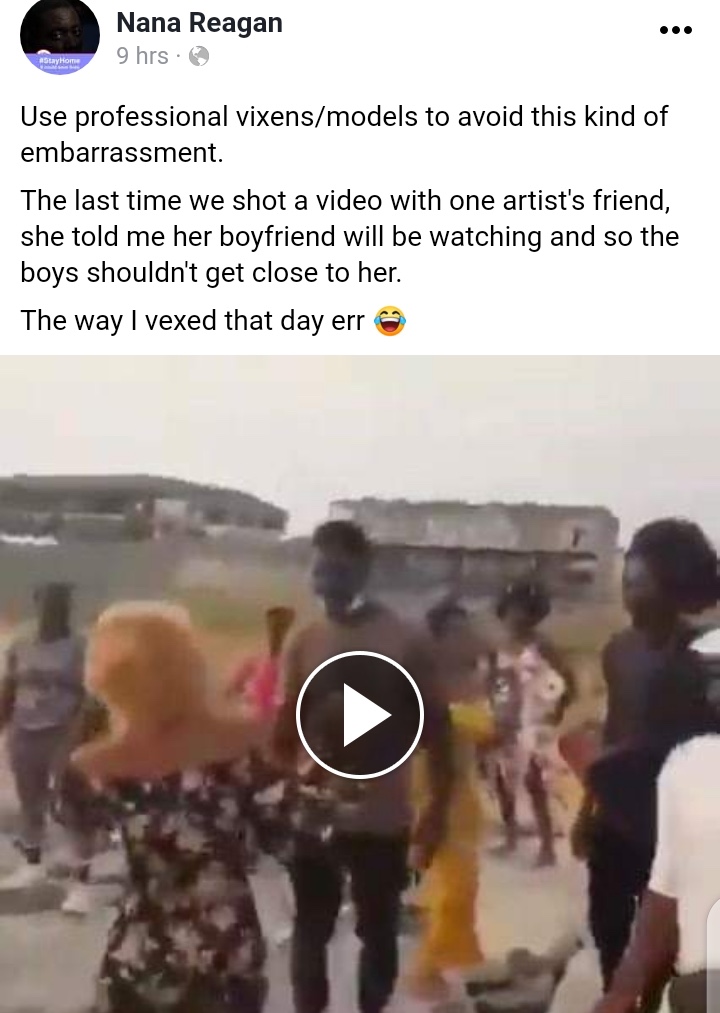 Well ,from the video ,the Vixen can be seen angrily leaving amidst complains

Apparently ,the video looks like a staged craft , however ,you can make your own judgement.