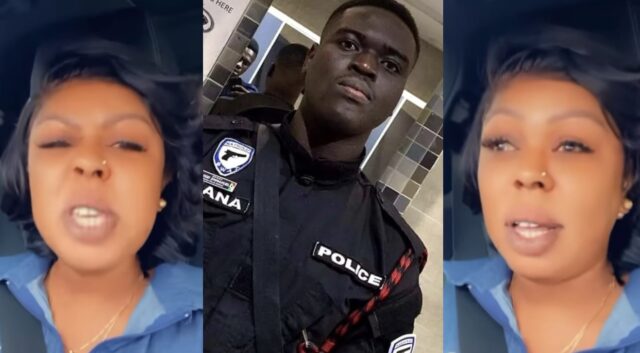 Afia Schwarzenegger has also spoken about the police and money van robbery incident which happened at korle bu.

In the video Afia Schwarzenegger posted a couple of hours ago, she was seen blâsting the ghana police.

According to her, she took a sample of bulletproof she wanted to gift to the ghana police service to exam and bring her the feedback as to whether it will be suitable for their work or not.

She added that, she wanted to give them about 20,000 copies for free but they never returned with their feedback.

Afia concluded by curs!ng them saying they will d!e and d!e again because all they know is corruption, running after DV cars to extort money from them.