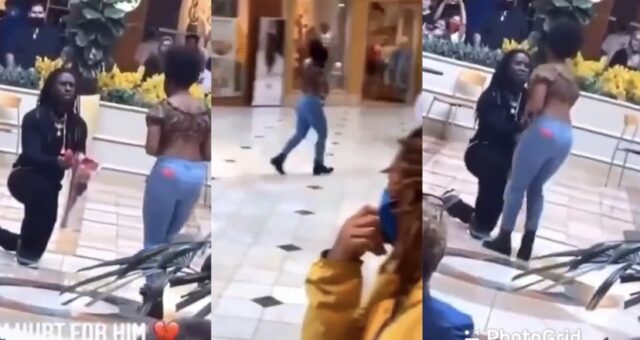 Couples will never forget the moment they became engaged, but not always for reasons with a happy ending.

The memory of some really embarrassing moments during proposals, will forever be imprinted on the couple’s brains, especially when nothing went according to plan.

In a video circulating on social media, a young guy is left with nothing but tears and shock in the middle of a mall, after he tried putting a ring on his girlfriend’s finger, but she said no and ran away.

Checking his reaction in the video, he probably couldn’t believe what was happening at that moment.

This guy perhaps only tried to be extra romantic, but he should have been aware of the level his relationship was at, and whether the girl loved him enough to say yes to his proposal.